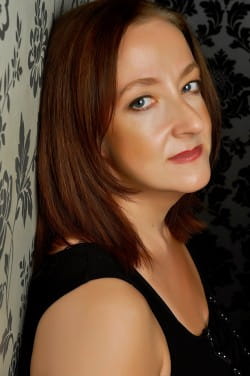 Karen’s first paying gig was singing for chocolate at the age of two on the counter of the local Co-op. She still has a sweet tooth but she has at least got off the counter!

Since then Karen has worked in theatre and television as an actor, dancer and choreographer and in pubs, clubs and hotels around Scotland as a singer. She gained Equity membership as part of an earlier close harmony vocal duo, before spending several years performing with Sheena.

Latterly, Karen worked as a solo cabaret singer for an agency covering a diverse range of material and responding to increasingly, random requests from the punters, which was a steep learning curve!

As a voiceover artiste one of her finest moments was providing the voice of Svetlana an amorous, animated, Russian snake!

Away from performing, Karen spent many years running workshops training for the film and television industry as well as drama classes for fun and confidence building. She also has experience of working with special needs and mixed-ability groups, including providing workshops for social work and mental health organizations. Alongside this, Karen has written and directed extensively for children’s theatre.

While teaching others Karen has continued her own learning, undergoing several years of vocal training with different practitioners, giving her the opportunity to absorb varying styles and teaching techniques.

A life-long vegetarian, and a bit of a New-Age earth mother, she is a devotee of alternative therapies and tends to get all chilled-out and fluffy in the vicinity of the sea. She is passionate about animals and lives with her cats and her lovely husband Mark. Her ambition is to duet with Coldplay’s Chris Martin, though she admits her motives may not be entirely musical!

We have a variety of weekly Singing Sessions available to suit you, whatever your level of experience. Our next Sessions are on:

Tuesday 17th May 2022 (7.00 - 8.30pm) (Our new Beginners class is starting this week. You need to book your place now to take part in this class term, so follow the link below to avoid missing out!)

Find out more and book your place at our Singing Sessions

We are now holding some of our classes face-to-face, however, we are also continuing to run our classes online in conjunction with these, so don't worry if you are not ready or not able to come along in person in Glasgow, you can still join us! 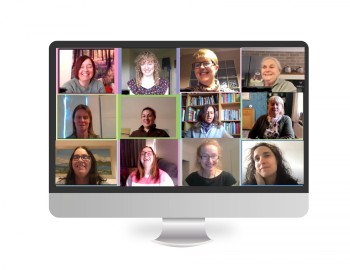 Get Started With Our Online "Beginning To Sing" Course

If you are not ready, or able, to join one of our classes we also have our Beginning To Sing course available for you to buy. This course is an introductory self-learning module to get you started, that you can do in your own time, at your own pace.