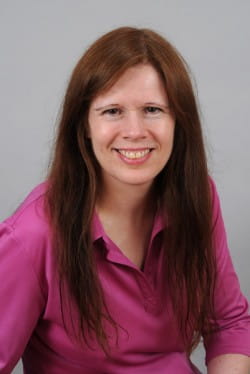 Sheena started singing as a young child and loved to make up songs to sing in the rugged beauty of the Isle of Skye, whilst on family holidays.

Brought up listening to folk and classical music, along with classic 60s and early 70s music on the radio, she was introduced to songs from the musicals in the choir of which she was a member throughout her childhood. The choir provided her with early vocal tuition and a sound basis in technique and harmony upon which she was able to build as a young adult singer.

As a teenager Sheena’s musical tastes expanded to include artists such as Bob Dylan, Janis Ian and Fleetwood Mac and she developed what has proved to be a lifelong love of heavy rock music. Her musical influences and interests remain diverse to this day and she delights in confusing music download sites with her choices!

Sheena included music amongst her studies at university where she joined the choral society and started taking formal vocal tuition which she continued for a number of years, expanding both her repertoire and knowledge of technique.

While still at university she joined the Glasgow Songwriters club, as an early member, rediscovering her love of song writing which had begun in childhood. Sheena performed regularly at the club, and at a number of their gigs over the next few years, before leaving to form a duo with Karen.

Sheena also enjoys looking at the sea but prefers her chilled-out feeling to come in the form of chocolate ice cream! She relaxes by going swimming and likes gymnastics and athletics, though purely as a spectator. She has no idea whether Usain Bolt would be interested in a duet!

Find out more and book your place at one of our next Online Singing Sessions taking place on Wednesday 20th (this class is particularly suited for people with less experience) and Saturday 16th January 2021. We also have our new Beginners Singing Session starting on Tuesday 19th January.

Our online courses are now available!

Head over to our Online Singing Courses page for more details about Start Me Up and Every Breath You Take, the first two courses in the series. Take advantage of our special offer on buying both courses together!