In celebration of Black History Month, this October, we are focusing on some of the remarkable women of colour who have made their mark on music history.

Historically, black women have been at the forefront of many fields including science, literature, politics and technology. They have also played a major role within the arts, including across all genres of music. We tend to hear more about influential men in the music world but there are many women who have made their own unique mark in music too. Here is a selection of a few of these truly inspirational women.

Empress of The Blues

In the 1920s and 1930s, Bessie Smith was the most admired female blues singer and continues to be cited as a major influence for blues and jazz vocalists. She worked for a period of time with Ma Rainey (known as the Mother of The Blues) before establishing herself as a solo performer.

Let The Music Play - Support Your Local Venues and Musicians!

Now I'm not normally one to rant. Actually, scratch that. I'm totally one to rant. It’s just not usually immortalised in print. This week, however, I read something that made me alternate between head-scratching incredulity and outright indignation.

Apparently, someone who likes surveys asked a lot of people to rank professions in order of usefulness during these “unprecedented times”. Unsurprisingly, frontline medics and other key workers topped the list, and rightly so. At the other end (the “not really very useful at all”, or “chocolate teapot” end?) artists, actors and musicians.

This struck me as rather unfair.

“Well, that’s rather unfair”, I said. I may have said some other words as well, but those I definitely do not want immortalised in print.

Having personally worked in two of these professions, I suppose accusations could be levelled that I would say that, wouldn’t I? Fair point, well made.

However, I challenge anyone to tell me that during lockdown they have listened to no music, watched no television, binged on zero boxsets and spent no hours chilling with Netflix - oh wait, that last one means something else, doesn’t it?

Breathing is something we take for granted. It comes as part of the package of being alive along with a beating heart and a functioning brain. We may feel that our brains work better some days than others, but our bodies keep breathing in and out without us having to give any thought to the process. The latter however is not the case for anyone who has had the misfortune to experience panic attacks. For those, the whole experience of breathing suddenly becomes a much less automatic response. 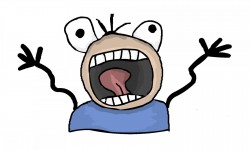 I don’t remember when they started, or why, but I will never forget the rising sense of panic, the struggle to catch breath or the overwhelming desire to flee from wherever I was, as fast as I could. Supermarket queues were a frequent location. There was no logical explanation for this. I could make my away around the store, gathering the items on my list but once I got to the till area and had to stand in a queue, I would suddenly become acutely aware of the overwhelming symptoms of a panic attack. Along with the increased heart rate that made me feel as if my heart was about to burst through my rib cage, there was the light-headedness that caused buzzing in my ears and made stringing a coherent thought together almost impossible.

Thank You For The Music

[ABBA “Thank You for the Music”]

That was me, apparently. Or so I’m told; I may be a little hazy on the details.
My first public performances were at the age of two, serenading the local grocer’s shop with the recently-released Tom Jones classic “De-wi-wah” (Give me a break, Ls are hard when you’re two!) The customers seemed to like it and fed me chocolate. Granted, this could have been to give me something else to do with my mouth, but hey, this was back in the days before I got all angsty and self-conscious about the sound of my own voice, and just sang for the joy of it.

At school I was considered a bit of a girly swot (Not entirely true- Couldn’t count then, can’t count now); so when I dared to try out for an inter-schools singing competition, I was met with a positive tsunami of ridicule. I subsequently won the competition, but this seemed beside the point. The message was clear- you have no business calling yourself a singer. Lesson learned.

Ode To Billy Joe, The Twin Peaks Of Songs 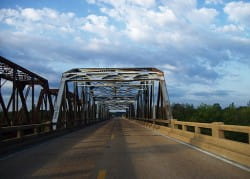 February is Storytelling Month, so we are taking a look at the art of storytelling in song this month. Ode to Billy Joe was released by Bobbie Gentry in 1967 and is a spine-tingling example of mystery storytelling at it’s very best. Bobbie Gentry matched her story writing with her vocal storytelling abilities. It is her performance of the song that really brings the story to life.

Sometimes singers are guilty of forgetting that songs are about communicating with an audience. They go through the motions of singing a song without really thinking about the words or the manner in which they are delivering them. An unthinking performance can make the best written song in the world sound banal.